According to a report by the Ministry of Agriculture, Forestry and Fisheries, Japan’s food self-sufficiency rate on a calorie basis was 38% in 2021. This is a one-point improvement from the previous year, when the rate reached an all-time high. The main reason for this increase was an increase in the volume of wheat and soybean harvests. Other factors included a recovery in restaurant demand, which had slowed during the COVID-19 pandemic, and an increase in rice consumption. However, the government’s goal of a 45% calorie self-sufficiency rate by 2030 remains a distant goal.

On the other hand, the rate of self-sufficiency in production value, which tends to be higher than that in calories, fell by four points over one year to reach a historically low level of 63%. This was caused by the increase in import unit prices due to soaring international grain prices and ocean freight rates. 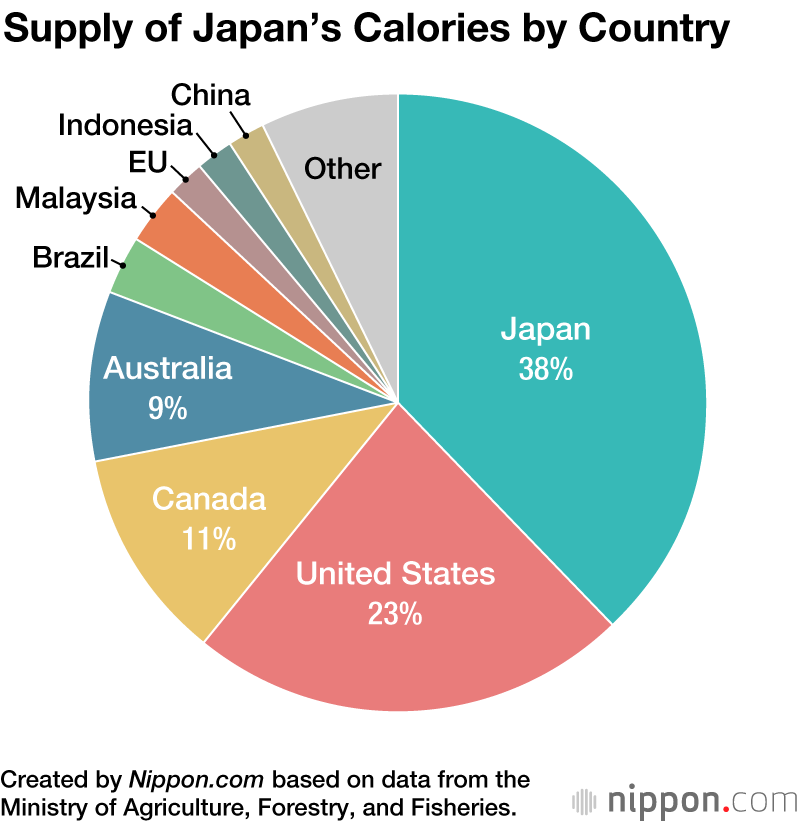 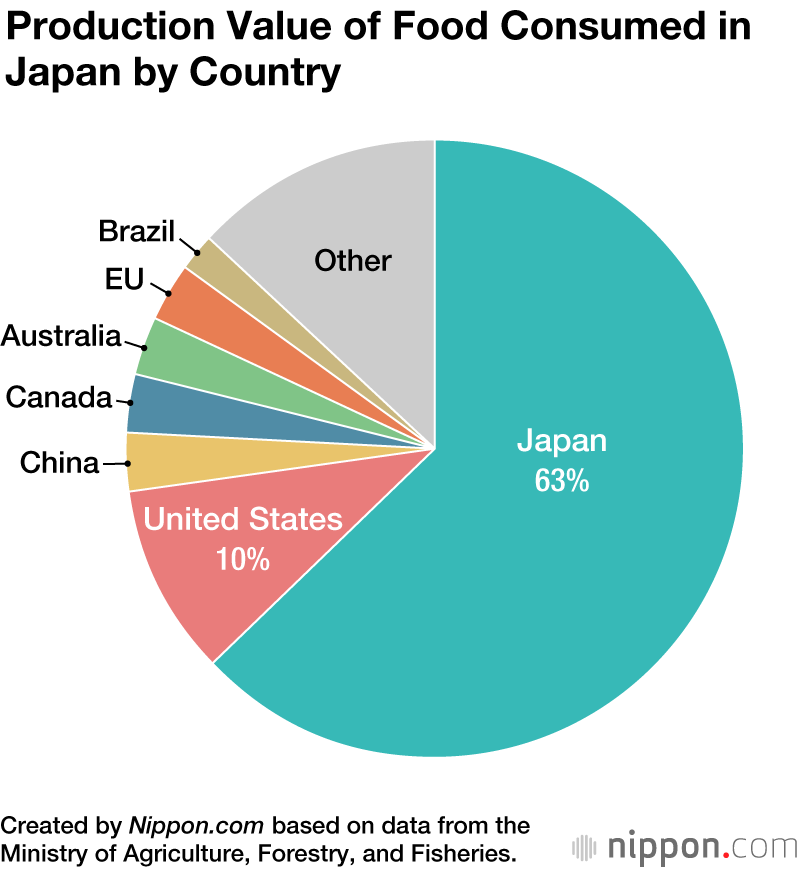 The self-sufficiency rates of the major grain exporting countries, Canada, Australia and the United States, have all well exceeded 100% on a calorie basis. Italy, which exports large quantities of high-priced fruit and vegetables, has demonstrated its high rate of self-sufficiency in production value. Japan’s rates, meanwhile, remained low compared to other countries, both in terms of calories and production values. 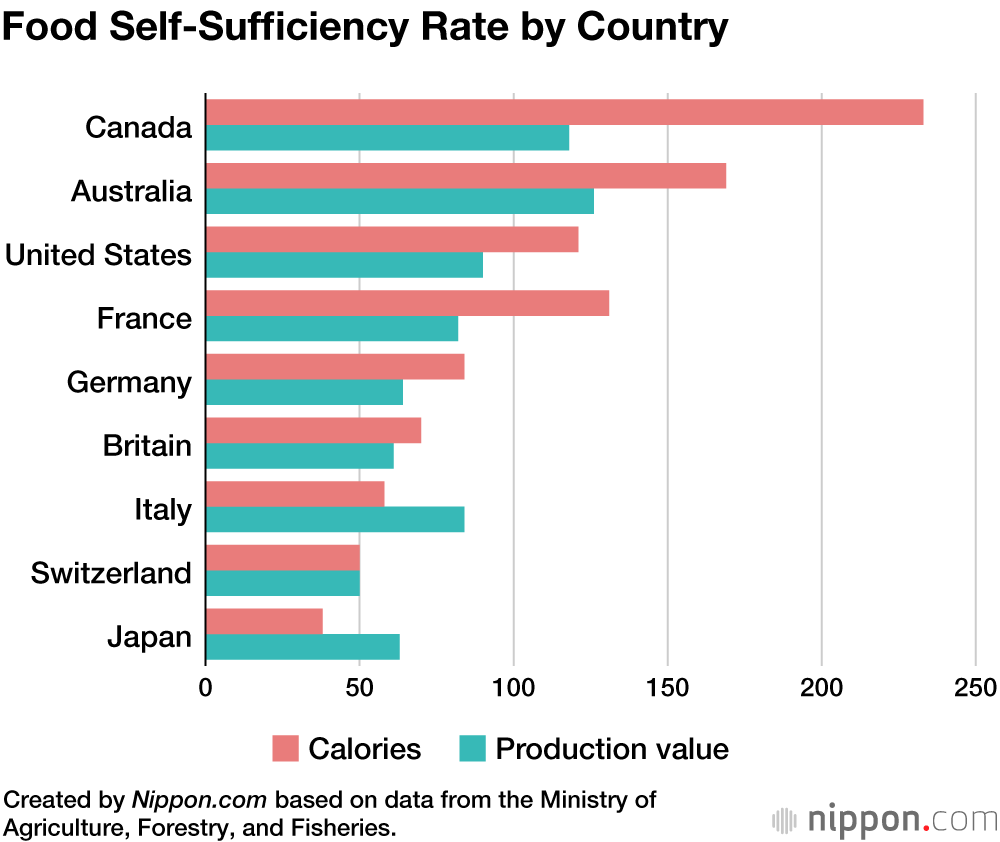