The Dollar remains generally firm entering the US session, although the bullish momentum wanes slightly against the European majors.
Meanwhile, weakness in commodity currencies persists, with the Aussie being the worst. The yen is mixed for now but should remain vulnerable due to the exceptional strength in benchmark global treasury yields.

Technically, the focus remains on commodity-dollar pairs first. In particular, a break of AUD/USD’s 0.7455 minor support and 1.2591 minor resistance would indicate further upside for the greenback, perhaps also due to some deterioration in market sentiment. . Meanwhile, USD/JPY may also be ready to extend the rebound from 121.27 to retest the 125.09 high. A break of this high would indicate a return to selling in the yen. 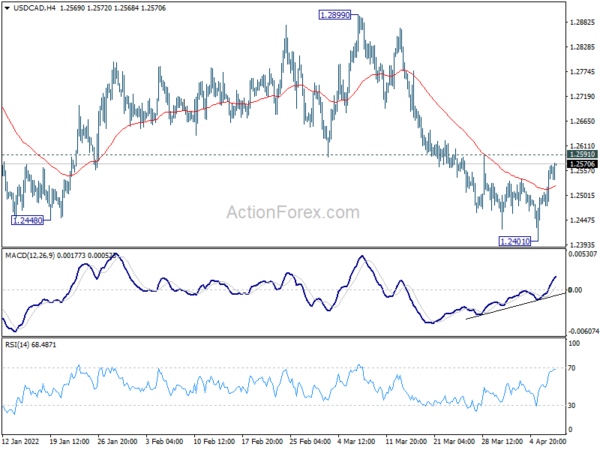 It should be noted that the methodology used to seasonally adjust the figures has been revised with this release.

Minutes of the March 9-10 ECB meeting noted that “while the Russian invasion of Ukraine had increased uncertainty surrounding the macroeconomic outlook, risks to the inflation outlook were seen as largely one-sided , experience suggesting that wars tended to be inflationary”. .

“While the war would likely affect short-term economic growth, annual growth is expected to remain positive even in the severe scenario, indicating ‘slowdown’ rather than stagflation.”

“The greater persistence of inflation has increased the likelihood of second-round effects via strengthening wage dynamics…. a longer period of above-target inflation would increase the risk of an upward unanchoring of longer-term inflation expectations.

Thus, the Governing Council could “no longer afford to ignore higher inflation, even if it was driven by an adverse supply shock”.

The ECB decided at the meeting to revise the APP net purchase plan, with the possibility of ending after June. The “easing bias” has been removed from the forecast. The rise in interest rates would be “shorter” after the end of net purchases, according to incoming data.

Eurozone retail sales rose 0.3% m/m in February, below expectations of 0.6% m/m. Retail trade volume increased 3.2% for motor fuels and 0.8% for non-food products, while it decreased 0.5% for food, beverages and tobacco .

Bank of Japan board member Asahi Noguchi said while core consumer inflation could top 2% from April, it is mainly driven by external factors rather than the domestic demand. He added, “Japan does not have the kind of high inflation seen in many other countries.”

“In a country still mired in a sticky deflationary mindset, it will take a long time to steadily reach our 2% inflation target and justify a withdrawal of stimulus,” he added. 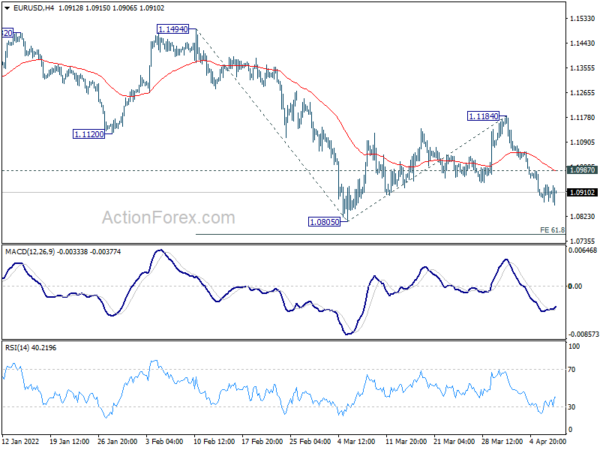 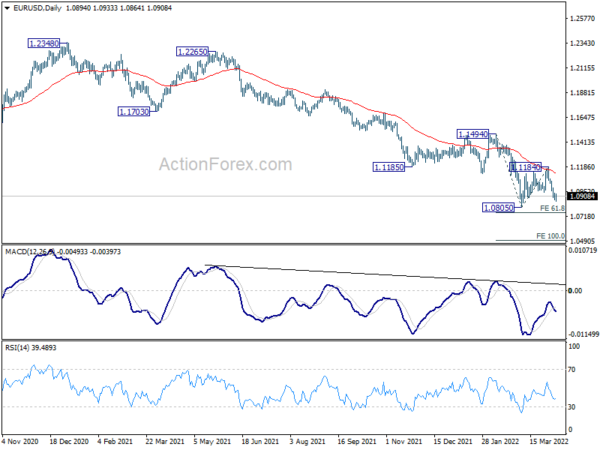