Today is a calm day as far as data from Europe and the United States are concerned, so we can take a look at the data from Asia. Statistics from Japan indicate that the worst for the country of the Rising Sun may be over, and the weakness of the yen has provided the necessary impetus for growth.

The seasonally adjusted current account closed with a surplus of 838 billion yen in June against an expected deficit of 30 billion yen – significantly better than expected. The surplus reflects capital inflows into the country, which is supporting the yen after a 20% fall against the dollar between March and July. 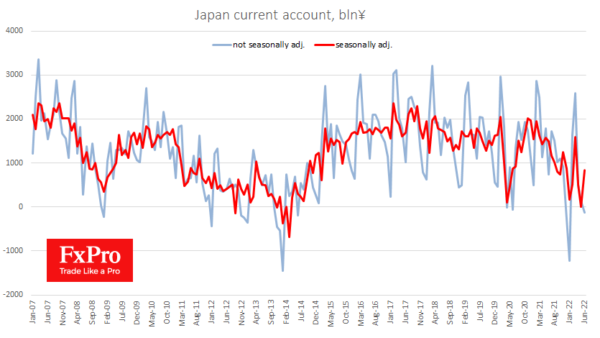 In addition, bank credit is picking up. Data for July show an increase of 1.8% y/y against 1.2% a month earlier and 1.5% expected, and only +0.3% in February. The rebound in credit is an essential signal of business and household activity after years of stagnation. If the recovery continues, the Bank of Japan could decide to make a fundamental shift in its multi-year policy and modify the parameters of QE.

This data took advantage of the technical picture by reversing the USDJPY from the 50-day MA line today. Today’s bearish momentum has reinforced the shift of this curve from the support line towards resistance. We shouldn’t be surprised if further downside momentum develops to 130 from the current 134.5. 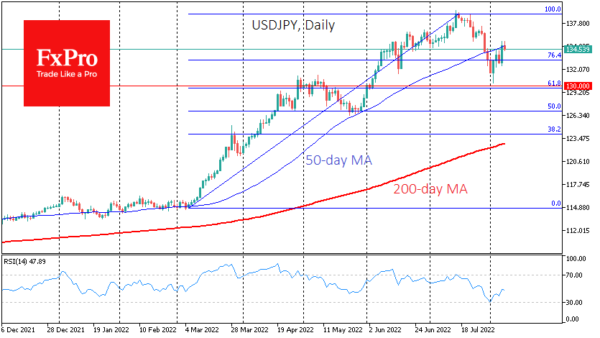